Maintaining cognitive function is an increasingly important challenge with the aging United States population. Aging is often associated with functional changes in the brain that can affect event recall ability, thought organization, and ability for self-expression. While some memory loss is common in the aging population, factors such as free-radical damage, nutrient deficiencies, lifestyle choices and emotional stress are known to affect cognition with age.

The brain is part of the nervous system, which is made up of neurons responsible for processing and transmitting information using neurotransmitters and electrical ion channels. Maintaining the function of various aspects of neuron communication is integral to maintaining optimal cognitive function.

Ginkgo biloba extract is the most well-studied botanical for cognitive support. In addition to protecting overall neuronal function, ginkgo biloba increases cerebral blood flow, and protects neurons from a variety of hypoxic conditions and oxidant-induced damage.

Synthesized from tabersonine, a natural extract from the seeds of the West African plant Voacanga africana, vinpocetine has recently been the subject of research related to cognitive health because of its neuroprotective mechanisms, including its antioxidant, and vasodilating activities. Vinpocetine has the ability to cross the blood brain barrier and has vasorelaxant effects on cerebral smooth muscle tissue.

A purified component derived from Chinese club moss, huperzine A has been shown in research to improve memory and support optimal cognitive health. 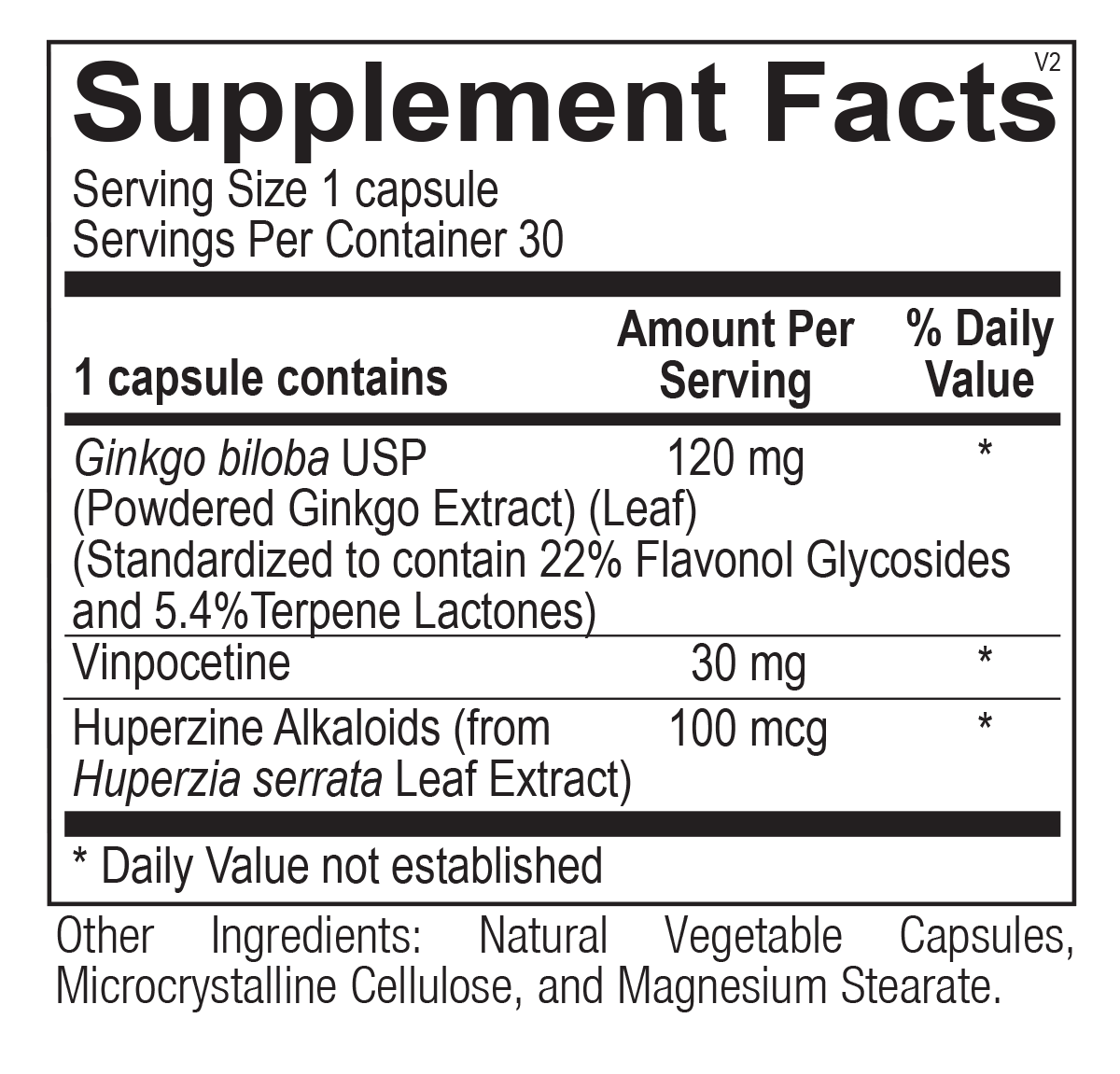 Be the first to review “Membrin” Cancel reply