Early historical diets were rich in phytosterols (found in grains, vegetables, fruits, legumes, nuts, and seeds), providing as much as 1 g per day. Phytosterols undergo absorption similar to that of cholesterol. In a process in the small intestine, phytosterols displace cholesterol from food and reduce cholesterol absorption, resulting in a beneficial effect on blood cholesterol levels. In addition, the minimal amount of phytosterols that are absorbed into the body, once taken up by the liver , are rapidly secreted into bile by hepatic transporters at a high rate, enhancing cholesterol excretion. These mechanisms allow plant sterols to provide multi-spectrum support for cardiovascular health and cholesterol management.

Research has shown that phytosterols, plant-based compounds structurally similar to cholesterol, compete with cholesterol for absorption and thus play a key role in supporting healthy cholesterol levels. According to the FDA, “products containing at least 0.65g per serving of plant sterol esters, taken twice daily with meals for a daily total intake of at least 1.3 g, as part of a diet low in saturated fat and cholesterol, may reduce the risk of heart disease.” The National Cholesterol Education Program (NCEP) of the National Heart, Lung and Blood Institute of Health suggest the use of plant sterols to promote cardiovascular health. The Plant Sterols formula includes a variety of purified plant sterols: campesterol, stigmasterol, b-sitosterol, and other cholesterol-like compounds. Two capsules provide the recommended 1.3 g of plant sterol esters for maximum cardiovascular benefits. 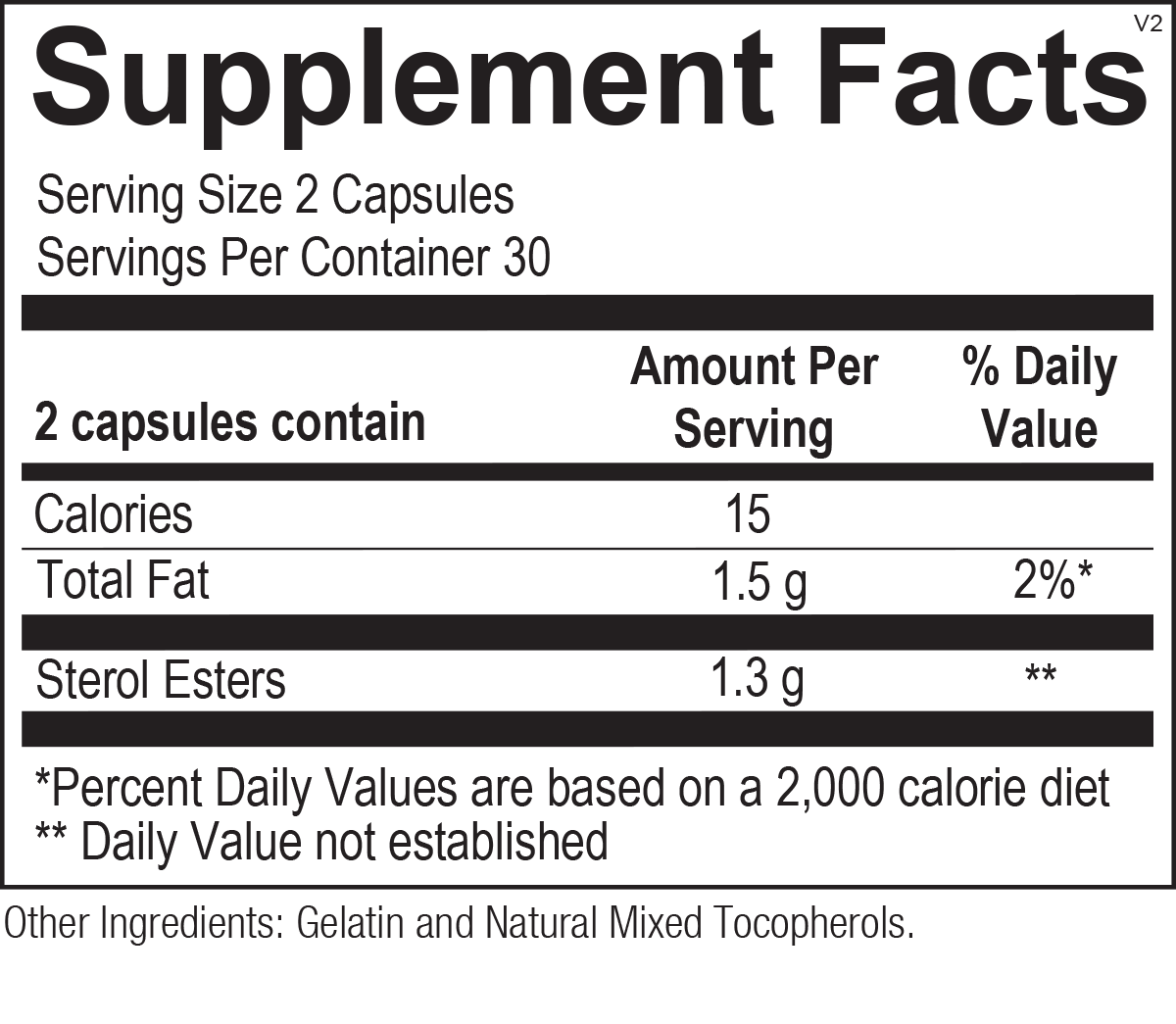 Be the first to review “Plant Sterols” Cancel reply