Vitamin K2 180 mcg is a high-concentration formula designed to support bone, cardiovascular and immune health. The formula includes MenaQ7® PRO, the most widely studied form of vitamin K2 as MK-7. Ortho Molecular Products is the exclusive supplier of MenaQ7® PRO.

Calcium and vitamin D are important mediators in bone growth, but vitamin K plays an equally important role. The synthesis of bone growth is dependent on vitamin K, through its carboxylation of osteocalcin, a protein secreted by osteoblasts. Osteocalcin guides calcium into bones and prevents its absorption into organs, joint spaces and arteries. Vitamin K occurs in three main forms: K1 (phylloquinone), found primarily in the liver, naturally occurs in green leafy vegetables and is considered to be the main dietary source; K2 (menaquinone), which is a group name for a family of related compounds differentiated by their side chains; and K3 (menadione), which does not have vitamin K activity.

MK-4 and MK-7 are the two subclasses of K2 most widely studied for their role in bone and cardiovascular health. MK-4 is primarily a metabolic byproduct of K1 while MK-7 is found in small quantities in liver mitochondria and other tissues.The MK-7 form is substantially more active, has a longer half-life and accumulates to higher concentrations in serum than vitamin K1. The different degrees of bioavailability between K1 and K2 are due to differences in structure. The long side-chain of vitamin K2 (specifically MK-7) allows it to bind with fat particles in circulation. This process then allows easier facilitation to soft tissue, bones and arteries. More recently, research has shown that doses of 180 mcg of MK-7 provide greater results when supporting both bone and cardiovascular health. 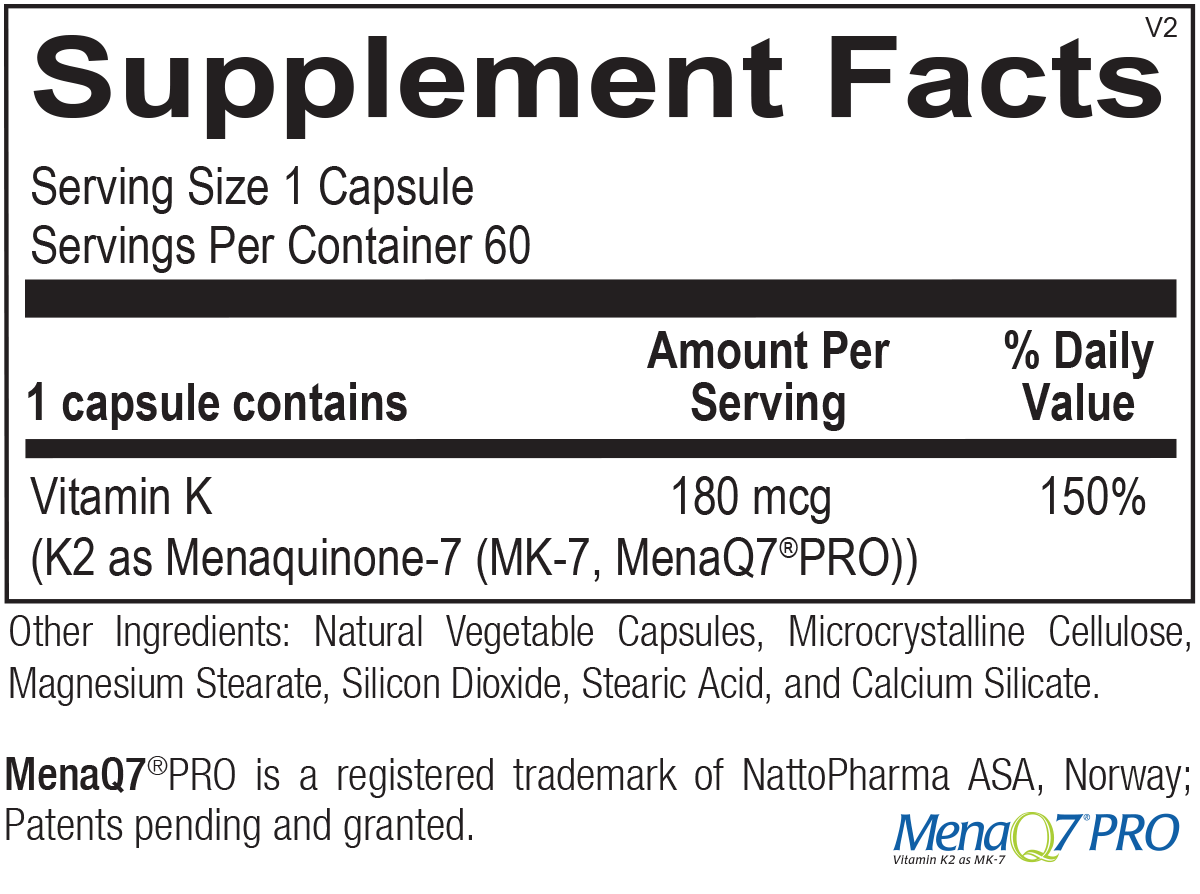 Be the first to review “Vitamin K2 180 mcg” Cancel reply